Your browser is outdated, and is not supported by this website. Please update your browser for a better experience.

When the plastic project initiated by WWF and Grieg Foundation looked at the data gathered, investing in poor communities proved to be the best way to reduce plastic pollution.

Since 2019, Grieg Foundation and WWF have worked on a project to reduce plastic leakage from three major ports in and near Manila in the Philippines.

“Initially, we said the goal should be to reduce the leakage by 30%, but Elisabeth Grieg corrected us and said it should be 50% – so that is our goal now,” says CEO of WWF Norway, Ms. Karoline Andaur.

Due to the pandemic, the project has proven harder to bring forward than anticipated. But still, upon visiting the partners in Manila, Elisabeth Grieg and a team of Grieg Group employees could witness the profound effects of the project.

“We found the plastic leakage from the actual operations in the ports and terminals to the ocean relatively small. The primary source of plastic ending up in the sea was from the poor communities – from the informal dwellers,” says Project Manager Czarina Constantino-Panopio in WWF Philippines.

Visit from the Grieg Group

Parts of the team working on the plastic project in the Grieg Group visited the different ports and partners in Manila in October. In addition to Elisabeth Grieg, Gry Larsen, Martine Gripp Bay, Vilde Hageselle, Gunhild Skåttun and Jannicke Steen met up with the WWF team in Metro Manila.

The Ports are central to the project, and WWF has worked closely with port authorities, terminals, and shipping companies. One of the ports the Grieg team visited was Manila North Port. Technical Services Division Manager at the port, Mr. Francis Aldrich Rubio, expressed his wholehearted support of the project:

“At first, some of our employees were reluctant. But they see we have problems with the environment, and now they see the importance of the project. We, and other agencies, are supporting this fully,” he says.

The port authorities have to follow strict regulations regarding waste management. But inside the port area and in the immediate vicinity, squatters, or “informal dwellers” as they are often called, are not covered by existing waste handling systems. These are poor Filipinos who have come to Manila in search of a better life but ended up living in sheds on public land. According to the port, 99% of the plastic collected in the harbor comes from non-port activities, i.e. informal dwellers.

To help handle that problem, the plastic project has slowly also become a social project. The Grieg team visited a workshop backed by one of the project partners supporting the local community handling the plastic problem: the Plastic Bank.

The Plastic Bank is a worldwide organization that rewards, incentivizes, and empowers people in poor communities to participate in a larger system of plastic collectors and recyclers. At the workshop near the Manila North Port, the Grieg team met the plastic gatherers – the waste workers.

“The waste workers are vital for us to succeed with the project. They are the ones who make sure the plastic does not enter the ocean,” Czarina Constantino-Panopio of the WWF says.

Thirty waste workers deliver 5,000 kilograms of plastic waste to the workshop Grieg visited each month. Depending on the cleanliness of the plastic waste, they will get between 8 and 20 pesos per kilogram. That equals 15-35 US cents.

“One of the women we met there manages to raise 2000 pesos per month from collecting plastic waste. In addition, she does deliveries with her scooter,” says Gry Larsen, the Grieg Group Sustainability Officer and member of the Board of Grieg Foundation. For comparison, the government-mandated minimum wage in metro Manila is 500 pesos per day.

The plastic is sorted and packed at the workshop and then sent for recycling. The waste workers use the Plastic Bank app, and the workshop registers their “deposit” in the app. That gives the workers “plastic credits” they can turn into health, work and life insurance, digital connectivity, and banking services.

“Those are typically services not available to them in any other way, so being a part of the plastic bank is valuable,” Constantino-Panopio says.

A representative of the next phase of the recycling journey is the Plastic Flamingo, also a company supported by the WWF/Grieg Foundation project. The company uses collected plastic waste to produce new products.

The 35 employees from mainly low-income communities produce building materials out of recycled plastic: boards, posts, and bars. Their main product is a shelter for the homeless, packed much like IKEA does: in a set including everything you need to build it yourself.

“The shelters are 16 square meters and targeted for use in emergencies, like after typhoons. We can make one shelter in five to ten days, and each will cost 3000 USD,” says Ms. Reyes.

The cost may seem significant, but Ms. Reyes declares their boards are cheaper than hardwood but more expensive than coconut boards. And they should last for at least 50 years.

“We collect plastic waste from 240 sites in Manila and sort the waste in our facility. We turn clear plastic from bottles into pellets for reuse in bottles and use the rest in our boards,” she states. 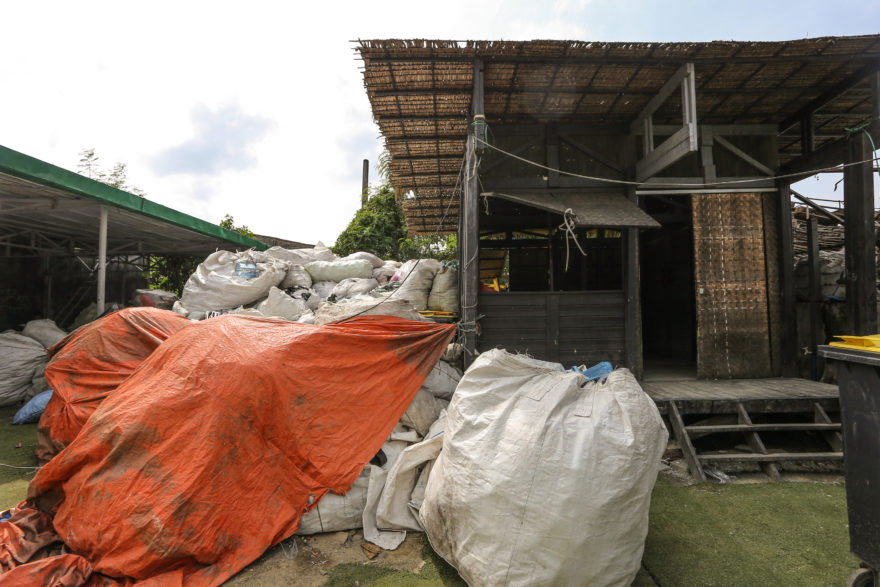 With the pandemic haltering the process, and the project focusing stronger on the social impact, WWF feels they have yet to come as far as they wanted. Still, the project has delivered positive outcomes. And if they succeed, the plan is to expand – a plan supported by Elisabeth Grieg.

“It all starts here in the Philippines. But if we can make this work here, we would like to have a project like this all around the world,” she said while visiting the Manila North port before she continued:

“This means a lot. Thank you for your commitment”. 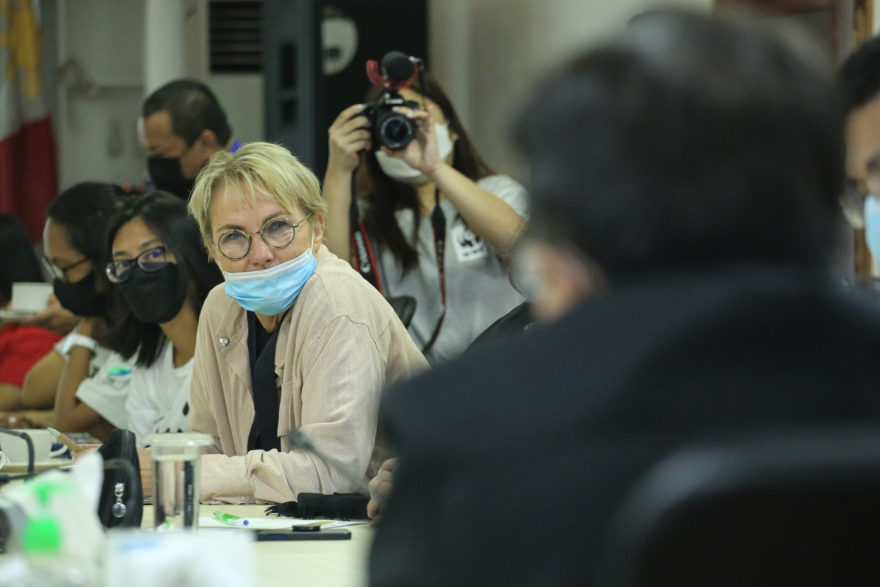